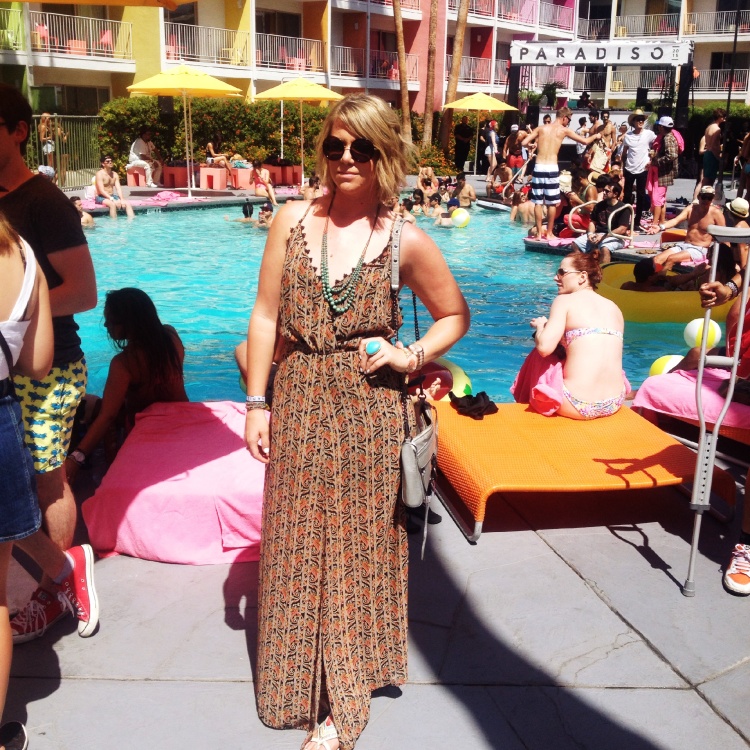 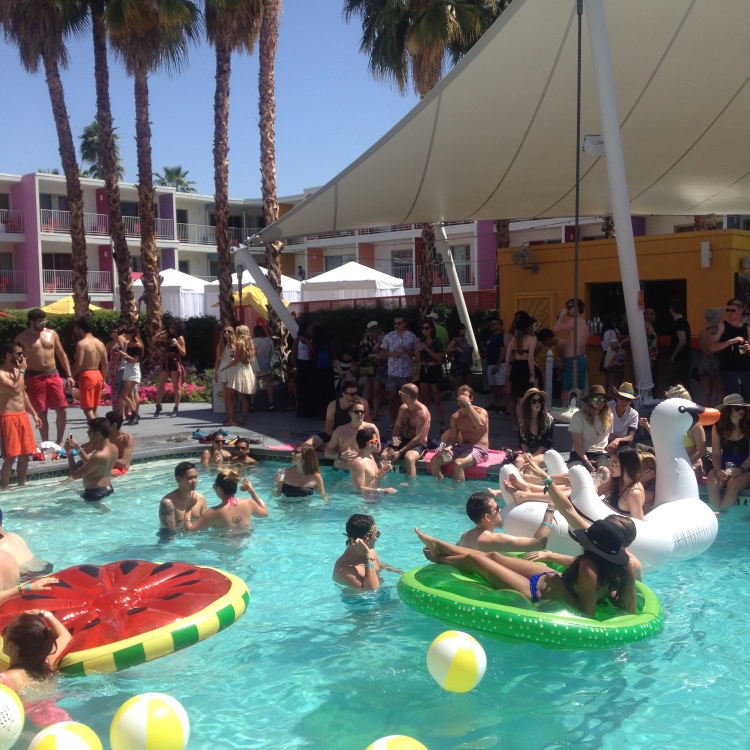 Wow, what a weekend I had!  For those of you currently just emerging from under a rock, weekend 1 of Coachella is in the books. The annual festivities did not disappoint.  While I did not attend nearly as many parties as last year (hey, I am getting older) the ones I did check out were FAB-U-LOUS!

My real weekend began on Thursday evening though I had an epic fail moment and took zero photos to share.  Awful, I know.  I met up with my blogger bestie, Brooke, from The Trapped Fashionista at BAR for a little Coachella kick off.  After a round of Trinidad Sours and a few too many hipster man buns we ventured over to the Tumbler party at The Ace.  No rest for the wicked, my night ended at 12:30am, I woke up for work at 5:30.  Ouch.

Now, on to Saturday.  I was on quite a few lists but just couldn’t wrap my head around 10 parties in 5 hours so I made a decision.  I picked the 3 parties that I wanted to check out the most: Paradiso at The Saguaro sponsored by Refinery29, Cabana Club at the Avalon by PopSugar and ShopStyle, and The Zoe Report fiesta.  Paradiso was a tried and true pool party complete with bikinis and giant floating swans.  Highlights include: fab fashion and a DJ set by Alexa Chung.

Cabana Club was my favorite party all weekend.  Chic location at the former Viceroy, hosted Bud Light Lime-a-Rita’s, full taco bar, and major gifting.  Oh, and did I mention Mara Hoffman and Alessandra Ambrosia were there?  Ya, kind of a big deal.  I was a little disappointed at my decision to leave in order to make the Zoe Report party when, by the time we arrived a mere 90 minutes after the party began, it was SHUT DOWN!  Boo!!!  Needless to say, my disappointment level was exceptionally high for about an hour.

Oh yes, the clothes!  I chose a tried and true maxi from local Palm Springs boutique, Paperdolls.  The cut and fabric were a flawless match for the boho-chic vibe of Coachella.

Be sure to check back for a recap on TDNxCoachella: Day 2!

As always, thanks for reading!